Occasionally, Tripawds will let you know about something that isn’t related to Tripawd dogs at all, but we think is worth mentioning because it’s such an awesome dog-centric, Amazon product. The book, One Nation Under Dog: Adventures in the New World of Prozac-Popping Puppies, Dog-Park Politics, and Organic Pet Food, is one such find. 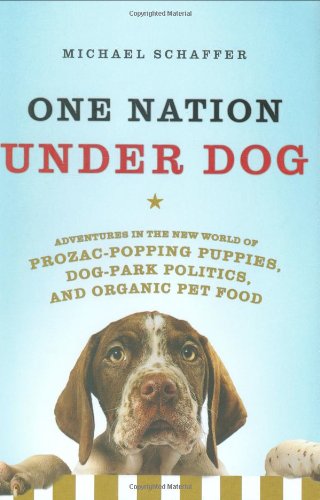 There’s no doubt that if you’re a Tripawd member, your dog is part of the family. But most of us remember a “less enlightened” time when dogs were confined to the backyard, seen simply as “family pets” and not appreciated for the intelligent beings that they are.

For the most part, a dog’s place in society has come a long way, and in this entertaining book, author Michael Shaffer takes a look at this odyssey.

Shaffer was introduced to the World of Dog when he and his wife adopted Murphy, a Saint Bernard rescue.

At first, Shaffer vowed that he wouldn’t be one of “those people,”

“the ones who shell out for the spa days and agility training and homeopathic medicine for their animals, the ones who laugh it off when their puppies frighten children away from the neighborhood playground, the ones who give up vacations and promotions and transfers in order to save pooches with names like Sonoma and Hamilton and Mordecai from having their lives disrupted. 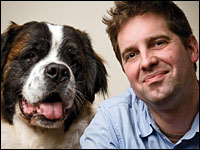 One walk into a PetSmart on the day they brought Murphy home, and they were sucked into the world of the modern American pet.

Shaffer entertainingly takes us on a walk through the rise of the pet industry (in less than 13 years, U.S. pet spending rose from $17 billion to $41 billion), to how social petworking, both online and in pawson, is taking the place of fragmented families while building stronger dog-centric relationships through discussion forums and play dates (sound familiar?).

But Shaffer doesn’t just cite statistics; he shares plenty of funny, odd and heartbreaking anecdotes about the lives of dogs and their humans. He also digs deeply into the touchy role that class plays when it comes to how some people willingly place dogs at the top of the pack, while others still believe a dog’s place is in the backyard, or worse, in a dog fighting ring.

As a Tripawd pawrents, we know that after reading One Nation Under Dog, you’ll breathe a sigh of relief in knowing that you’re the not only “crazy” person who’s willing to go to “extremes” to help your pet through illness and injury. Because there’s plenty of us out there, and every day, pawstep by pawstep, we are making the world a better place for dogs and humans alike.

Listen to Shaffer’s interview on NPRs Fresh Air, then grab a copy of his book today!