The Budwig Protocol is an anti-cancer diet that my pawrents faithfully fed me when I was diagnosed with osteosarcoma. This diet mainly consists of a lot of cottage cheese and flax oil. Along with lots of fresh veggies, meats and a no-wheat diet, I think that my cancer diet helped me live much longer than most people thought (24 months).

There has been debate over whether or not dogs can digest flax oil, but recently, dog cancer vet Dr. Demian Dressler, author of The Dog Cancer Survival Guide, reported that flax lingnans may help fight cancer metastasis.

“There is some real evidence, at least in lab animals with experimental tumors, that large amounts of flax in the diet have real-life effects in real-life bodies.

For example, it has been shown that mice with malignant melanoma had less metastasis when given flax. This means that the melanoma cells spread into the body less often. In another study in mice with certain kinds of breast cancer, the addition of flax slowed the spread of the cancer by metastasis. When mice with breast cancers had them removed with surgery, the rate of cancer spread after the surgery went down when the mice were supplemented with flax.”

Save on premium flax oil at Amazon! 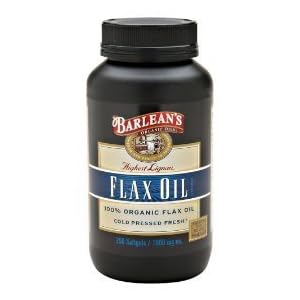 Although Dr. Dressler says we should keep in mind that these studies were done in lab animals implanted with cancers, and that the doses studied might be too much to realistically give to a dog.

But, because flax oil is a benign additive that we can include in a healthy anti-cancer diet, it’s worth it to give it a try. We think so too!