Let’s all give a big “Congratulations!” to our talented Tripawds Member, Jackie Bouchard, for the publication of her novel, “What the Dog Ate.”

This week Jackie modestly announced her new book in our Members Skillshare Forum and we want to give her all the props she deserves for this fantastic feat. And a special kudos to Tripawds member Charley, who provided the perfect mischievous mugshot for the cover!

“The vet handed Maggie Baxter a plastic specimen bag containing a pair of size-tiny lavender thong panties extracted from her dog; but they were not hers. Or rather, they were hers now since she’d just paid $734 to have Dr. Carter surgically remove them from Kona’s gut.”

This is how Maggie Baxter, a practical, rule-following accountant, discovers that her husband of seventeen years is cheating on her. All her meticulous life plans are crushed. When he leaves her for the other woman, Maggie and her the-world-is-my-smorgasbord chocolate Lab, Kona, are left to put their lives back together. As Maggie begins to develop a Plan B for her life, she decides to be more like Kona. No, she’s not going to sniff crotches and eat everything that isn’t nailed down; rather she’ll try to approach life with more ball-chasing abandon. Finding herself in situations where she begins to go through her usual over-analysis of the pros and cons, she stops and instead asks herself, What would Kona do?

Ultimately, Maggie realizes it’s never too late to start over, and this time, if she wants tail-wagging joy out of life, she’s got to be ruled not just by her head but by her heart.

“What the Dog Ate” is a funny, tender story of mending a broken heart and finding love and a new life right under your nose, with woman’s best friend at your side. If you enjoyed Claire Cook’s “Must Love Dogs,” you’ll love “What the Dog Ate” and be rooting for Maggie and Kona.

Today we asked Jackie about the book, what the creation process was like for her, and what advice she has for aspiring authors. Here’s what she told us:

The plot is fantastic! Was the premise of the book based on a true story? Who are the characters modeled after? Where is it set? 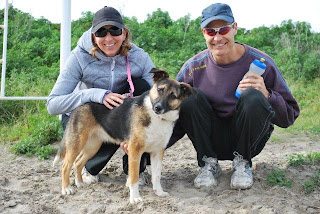 The book is set mostly in my home town of San Diego. There are a few real places in the book, but some of the restaurants I made up to suit my needs for the story.

The basic idea for the novel came from an episode of “Emergency Vet” on Animal Planet that my sister told me about where a dog had eaten something like 9 stuffed toys! I started thinking, “Gosh, what if they pulled something out of a dog that ended up being some sort of evidence?” Then it just went from there!

Other than that, it’s not based on a true story at all. In fact, my hubby is very concerned that readers will think he cheated on me! So, let me clearly state that he is a super wonderful hubby and my best friend.

The funny thing is that the basics of the main character, Maggie, are modeled on his workaholic ways (although, he – and Maggie as well – would argue that he’s not a workaholic. It’s just that long, stressful hours are the norm now with any accounting job at a public company). He was funny while I was working on the book because he would say to people, “She’s working on a book about someone who cheats because the spouse works too many hours. Do you think she’s trying to tell me something?”

Maggie’s other main character trait of always weighing the pros and cons and over-analyzing things is very much from me! Also her search for a career she will love is pretty much straight from my own life. Like Maggie, I used to be very good at being an accountant, but I didn’t love it. Not by a long shot.

The other characters are all just out of my head, with the exception of Maggie’s grandmother who was inspired by my hubby’s grandmother – an adorable little French Canadian lady who, in her 90s, had a 70-year-old boyfriend at the home for elders where they lived. She didn’t speak English, and I don’t speak French, and we also lived quite far apart, but every time I saw her she had the most wonderful sparkle in her eyes. She was full of life and mischief—and she really did say the line about not being on birth control anymore to her boyfriend, just like in the book.

Did you take writing classes to become an author or did you just go for it?

I did take some writing classes. In fact, I started by taking an Intro to Creative Writing class because my hubby was working such long hours and I needed something to do with myself at night. In that first night class, I wrote a short story that included a very abbreviated version of about the first quarter of the book. The instructor encouraged me to explore the characters more and turn it into a full-length novel, so I did. I took a few other classes after that, two of which were really instrumental in helping me flesh out the book some more.

I would encourage anyone who wants to write to sign up for a class. It’s a lot of fun, and the best part is meeting other writers for friendship, feedback and support!

How long have you been working on the book? 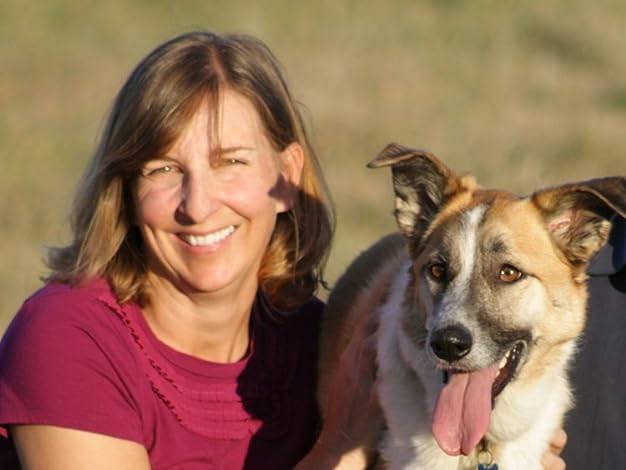 I think that first class was in the spring of 2006. It took a while to finish, and in the spring of 2008 I sent it to an agent I’d met at a local writing conference. She rejected it, but sent me a detailed list of suggested improvements. They were great suggestions, so I worked on all of them and sent the manuscript back to her that fall, and she signed me!

Oh, it was exciting times… but then the market completely crashed. By the time she finished helping me put the final tweaks on the book, we were pitching it to publishers in early 2009. Not great timing in any industry, let alone publishing. Even though I got good rejections, they were still rejections. I tried to put the book out of my head and just get on with the next one. I hoped someday, somehow it would still get published. Well, earlier this year my agent encouraged me to self-publish it—and with the eBook revolution, it’s now possible for authors like me to bypass traditional publishing and get our work out there!

So, now, here it is – finally, all these years later, it’s ready for me to share it with readers. Hopefully lots of readers.

What was the hardest part about setting out to write and finish a novel? How did you not let life get in the way of finishing it?

The hardest part of writing a novel is finishing it. It takes a lot of time. Right now I’m struggling with the book I’m working on because I just want to keep going back and revising the parts I’ve already written. I love revising! I could revise all day long! Obsessing over every word and sentence. But at some point you have to stop revising and either finish writing the remaining scenes or realize that it’s done.

But with “What the Dog Ate,” I was pretty addicted to it, so I worked on it a lot in any bit of spare time I had. I didn’t really know how the book would end (in fact, the ending now is not what I originally set out to write), so I wanted to see what was going to happen – just like a reader. With the book I’m working on now, I have about three-quarters of it done—and I know how it’s going to end. In fact, I’ve already written the ending. I just have to fill in that gap from the three-quarter mark to the end, but I guess I’m not finding it as fun since I already know what’s gong to happen. So this time around, I’m tending to let life get in the way more – but I need to take my own advice and, to steal the classic Nike line and “just do it!”

What’s your best advice for someone who wants to write their own novel?

Like I said above, just do it! A lot of people recommend trying to set specific writing times or places or word counts, but I think those things tend to lead to excuses…“Oh, I can’t write right now, here in the doctor’s office while I wait for my appointment, because I have to be at my special writing desk.” Or, “I’m not an evening writer. I only do my writing in the morning.” Well, okay, maybe you do your best work in the morning – but every once in a while, switch it up. Try something new and just write whenever, wherever you are.

And the biggest piece of advice is: Don’t wait for inspiration! It doesn’t come to you, and then you run to write it down. You have to already be writing stuff down (even if it’s stuff you are going to throw away!), and then the inspiration comes. And it’s so fun when that happens!

Also, I would recommend “Bird by Bird” by Anne Lamott. The subtitle is “Some Instructions on Writing and Life” and it is an entertaining read whether you want to write or not.

Jackie’s book is guaranteed to entertain. Get your copy of What the Dog Ate today!