Heroes are all around us, and those of the military kind leave us awestruck at their fearlessness in the heat of battle. When they happen to be covered in fur, there are no words to accurately describe the bravery in every maneuver, every moment they help make lives safer and better.

Military working dogs loyally serve many different countries in battle, selflessly and unquestioningly giving every aspect of their lives to the handlers of whom they share a timeless bond. Lucca is one such dog who rises above all others, and now you can read her inspawrational career in Top Dog: The Story of Marine Hero Lucca.

In Top Dog, Maria Goodavage takes readers into the life of Lucca K458, a decorated and highly skilled military working dog. An extraordinary bond develops between Lucca and Marine Corps dog handlers Chris Willingham and Juan Rodriguez, in what would become a legendary 400-mission career. A Specialized Search Dog, Lucca belongs to an elite group trained to work off-leash at long distances from her handler. She served alongside both Special Forces and regular infantry, and became so sought-after that platoons frequently requested her by name.

The book describes in gritty detail Lucca’s adventures on and off the battlefields, including tense, lifesaving explosives finds and firefights, as well as the bravery of fellow handlers and dogs they served with. Ultimately we see how the bond between Lucca and her handlers overcame the endless brutalities of war and the traumas this violence ignites.

Here is a portrait of modern warfare with a heartwarming and inspiring conclusion that will touch dog lovers and the toughest military readers.

We had the chance to read a promotional copy of this book and couldn’t put it down. The author provides an interesting history of military working dog personalities, careers, friendships and relationships with those around them while enlightening readers about the importance of their role on the battlefield.

From the moment that Lucca came into her first handler’s life to the public relations role she happily assumed with ease after retiring from her military career, not a day goes by that Lucca doesn’t make a pawsitive impression on family, friends and strangers alike.

As an ambassador to the Tripawds Nation, Lucca carries out her new role with all of the gusto she had when she served in battle. Her superstar status both in and out of the military has helped build pawsitive Tripawd Awareness like few dogs have. Thanks to Lucca’s gusto, more people than ever are aware that a three-legged dog lives a life with just as much purpose and pawsitive effect on this world than any other, if not more.

Read Top Dog: The Story of Marine Hero Lucca and you too will find a big place in your heart for this beautiful, furry hero of the battlefield! 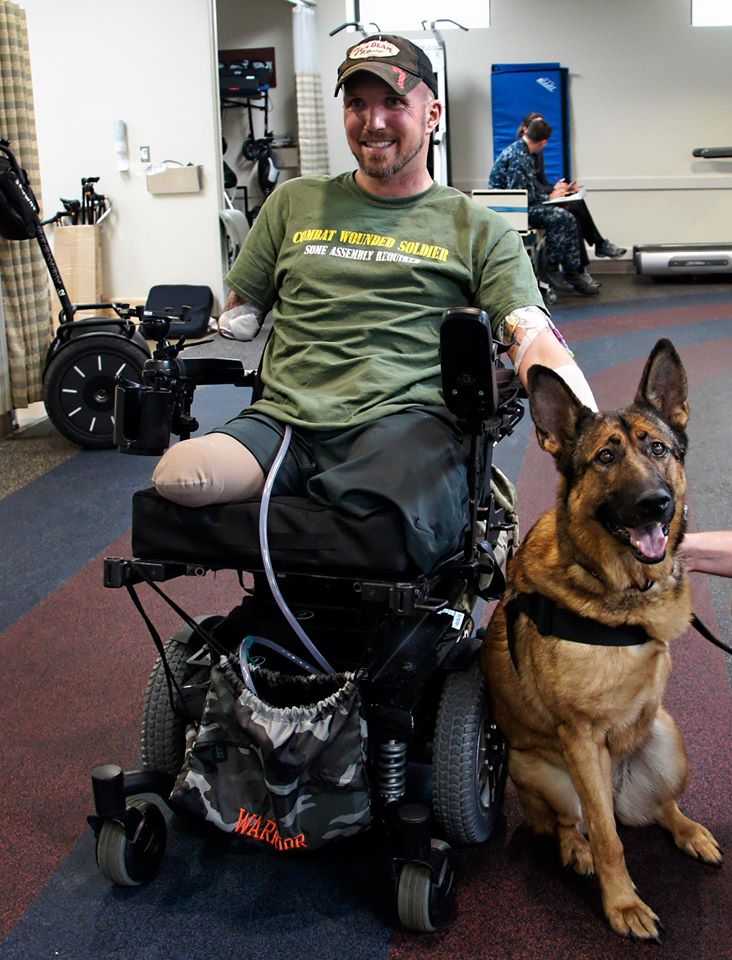